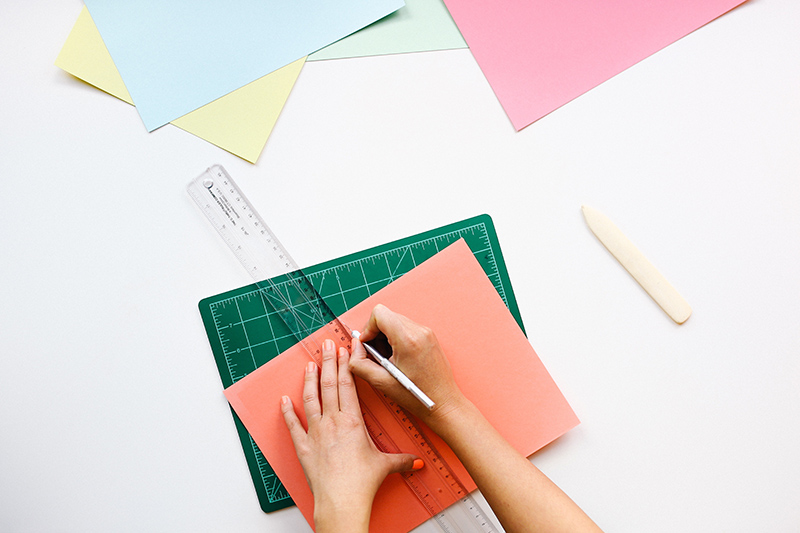 A real transition is in the making for me. This is the first issue of By Design ever created on a Macintosh. Letting go of the traditional ways is not easy, so I’ve created only the body copy on the Mac. I know PageMaker the best; and I’m not sufficiently satisfied with my abilities to control kerning on the screen, so I’ve still reverted back to setting heads in Stymie Bold on our Varityper Comp/Set 3510.

In starting my current Production Processes class on a desktop publishing assignment after ten full weeks of traditional mechanicals with T-square, triangle, and X-acto, I asked them to philosophically discuss several statements about computers and art. One statement said “It is important to learn to design (and do production) by traditional means first, before you work on computers.”

Now, a few philosophical questions for you…Psychologists tells us that the more we get high tech, the more we need high touch. Should students set “foundry type” (simulating the way metal type used to set up) the cut it up by X-acto to kern and improve letterfit before they manipulate it electronically on a computer screen? I think the answer is “yes.” I adopted this assignment, developed by David Bullock, for the first time last fall in my own Typography class. Can the beginning student in the graphic arts “get the feel” of type without ever touching individual letters…like indicating them on a rough or tight comp? Perhaps not. Can you proofread copy on the screen as easily as printing out and reading a hard copy? I know I cannot. Will my production classes always do some assignments by T-square and triangle before moving to electronic means? Yes, most likely.

The more I feel comfortable with this additive new medium, the more I will convert some aspects of my own design work to it. But, I’m still going to do some work by traditional means both now and (probably…) in the future. I like touching artwork; and I’ll always make sure my students have the opportunity to do it, too. 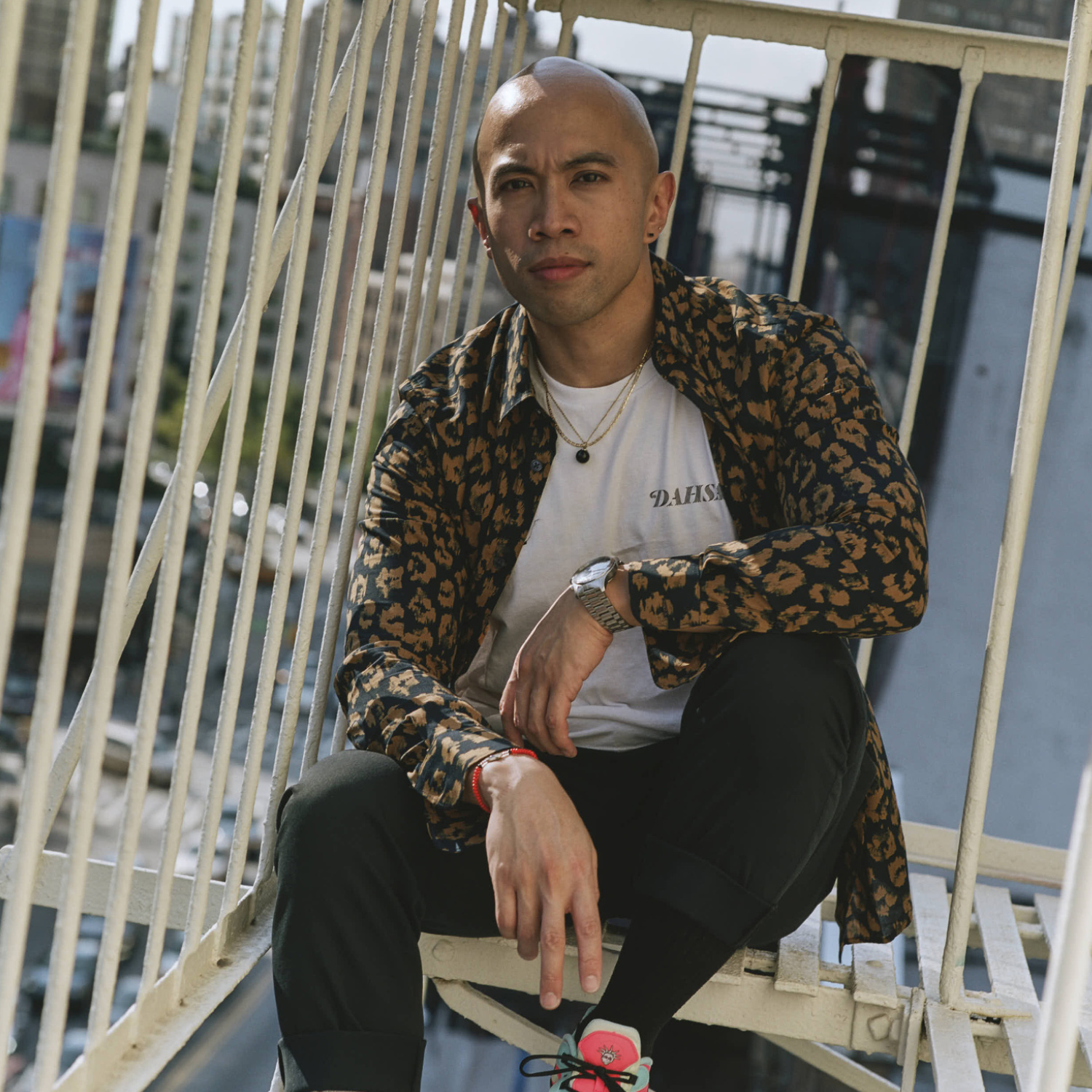 Rich Tu is a first generation Filipino-American and award-winning artist residing in Brooklyn, NY. He is the Vice President of Digital Design for MTV, VH1, CMT, and Logo at ViacomCBS. On Thursday October 15th, he spoke to Kutztown students about his work and the creative industry. Rich reminded us all “don’t forget the stuff that you love” while sharing his sneaker collection, basketball knowledge, and long-time love for music and pop culture. He lets his personal work get rebuilt and recycled into professional projects and works on what he loves. Rich was incredibly generous with his time and allowed students to ask questions about his creative process and work with clients in the industry. Overall, it was a great night filled with genuine kindness and endless passion for art and design. 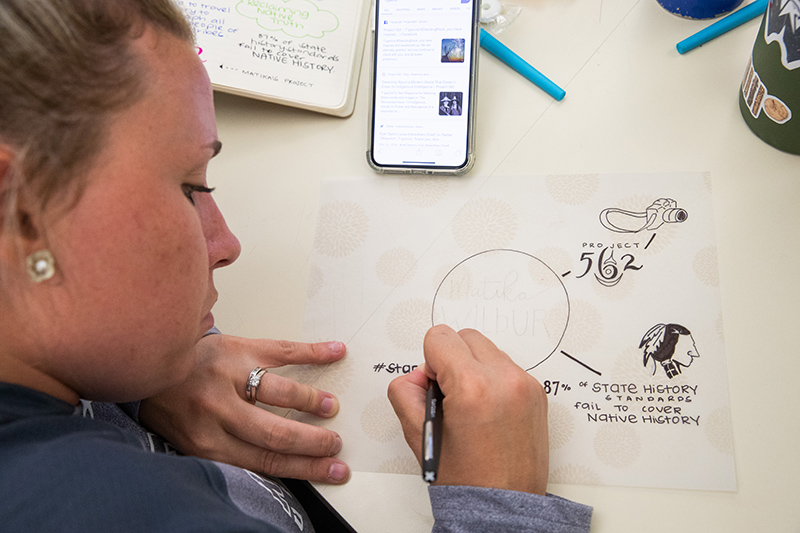 A few months ago, I had a particularly bad case of twenty-four-hour virus…you know, the kind during which you feel so vile you can’t understand why you don’t just die. In my dark mood I visualized my death, a small headline in a local paper “K. U. prof dies suddenly,” but I especially reflected upon everything that would be left undone if I really did die…

The lunch dishes weren’t washed. They lay strewn about the kitchen, too far from the sink full of soapy water to keep food from hardening on plate and pot and making it doubly difficult for my survivor to clean. There was a manuscript for a magazine article in my typewriter; the power was on and the carriage was even set at an indent tab, waiting for the beginning of my next paragraph which would never come. I was on sabbatical and taking nine graduate credits. Three professors would wonder what happened to me—I’d be a phantom to them, like I call some of my undergraduate students when they just disappear from class. A blister-pack cassette able for my specialty audio producer client in Washington would be deserted midway through production. My wife, nineteen-year-old daughter, and thirteen-year-old son would have to divide up chores of collecting trash, bringing in mail, and replacing a dead smoke detector battery. The family dog would not even have his late afternoon ball throw that he lives for each day. My life was a series of works, however humble, in the process of progressing towards goals.

I’ve been particularly conscious of the process of art as opposed to the finished product. When I returned from sabbatical, I began teaching a course in Visual Thinking, during which finished products are minimal or nil, but the successful process of how to think is the goal.

Life is a continuing process: a trying, doing, striving, failing, succeeding. As sorry as I felt for Olympics participants who traveled all that distance to end up in 32nd place, having made the Olympic team should’ve been enough (yes, I know, try telling the 4th place finisher that!). But perhaps more important was just the fact that they participated in the sport of Alpine skiing or luge or boxing or swimming.

Once in a while, back off from believing you are judged by your achievements. The very word implies a conclusion, a finality. Enjoy the process along the way. The greed of today often suggests we should achieve the goal by any means possible; but remember the legendary advice that it’s far better to compete, getting dusty and bloodied in the arena, and lose the contest, than to sit in the stands and watch.

I guess it’s evident that I recovered. There was no obit, the article got typed, I finished my courses and even the dishes. But I decided when I do go through the pearly gates, it’s going to be at speed. I want to be make blurred action on the negative so that you’d have to set your camera at a high shutter speed to stop me. I want to be fully involved in the process of whatever I’m doing, and that’ll make my life a successful product. 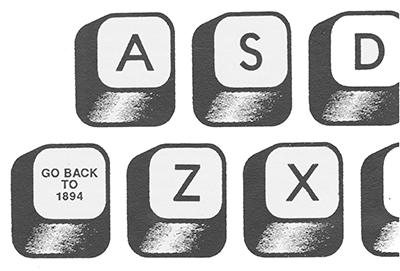 As my graduate school professors constantly reminded us, designers are “artists, first.” Our intuitive response to life is to observe it, imagine it, and record it visually.

Around the world artists, musicians, writers, illustrators and designers are responding to and documenting the Covid-19 pandemic. These artifacts are accumulating as a collective journal and will become part of our American (global) historical record.

I wanted to give our students in Historical Survey of Graphic Design (B) a chance to process and express their thoughts, opinions and emotions about the crisis we are all living through.

For their final assignment I asked students to collect facts from credible, scientific sources such as the C.D.C. and W.H.O., and identify a favorite specific piece of design discussed in the course. They then replicated their chosen artist’s style to create a poster that deals with some aspect of the pandemic.

The practice of trying to dissect and match a designer’s style (I call it “match the hatch” – as in fly fishing) gets students to discern small differences in typography, color, and other design elements, and discover the principles used by their predecessors. Dissecting and then replicating the elements of another designer’s work expands our design vocabulary.

I believe that if a student REALLY understands and identifies with the work of just one or two artists they hadn’t heard of before this class – really deeply integrates them into their consciousness – the course is a success.

A designer friend says she will never forget the exact place she was sitting in a classroom when she first saw the work of William Morris. I still remember the student project I did as an undergraduate, about Alexey Brodovitch. To this day, when I come across his work, or a reference to it in a contemporary piece, I feel like he is “my” guy.

The resulting posters delighted and amazed me. I honestly did not expect this level of ingenuity and creativity. Some of them are funny, some are deeply insightful, others convey important facts in surprising ways.

I hope that by “standing on the shoulders” of these design giants, these students will never forget the spring of 2020, or the artist they learned about in the middle of the strangest semester in history.

See if you can identify their references! 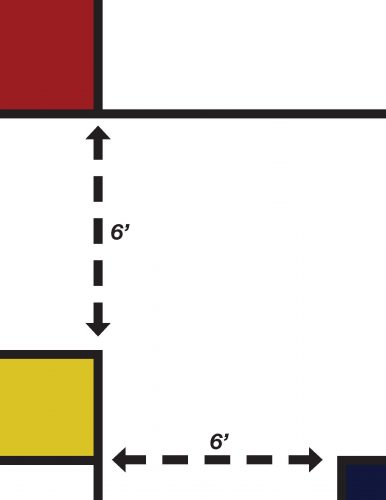 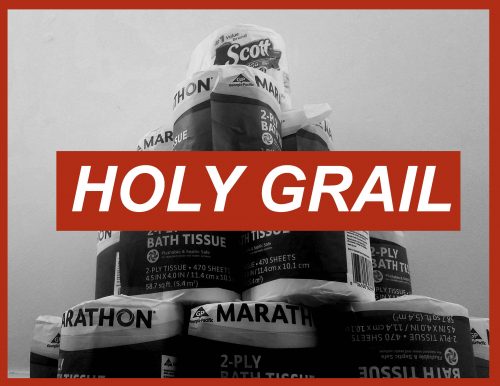 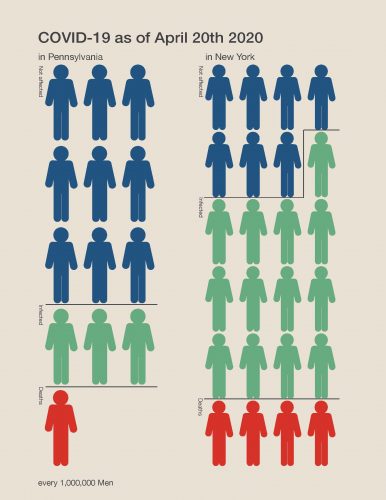 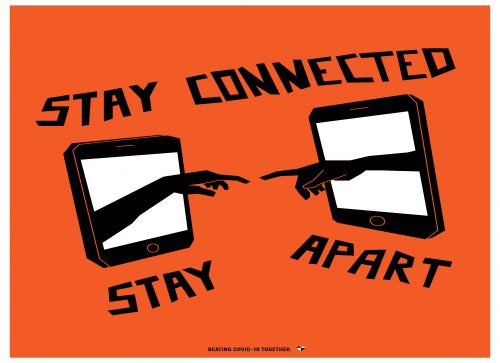 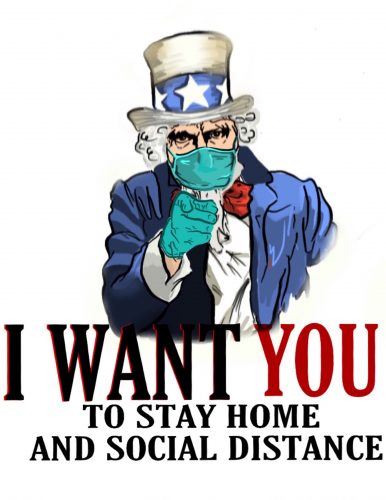 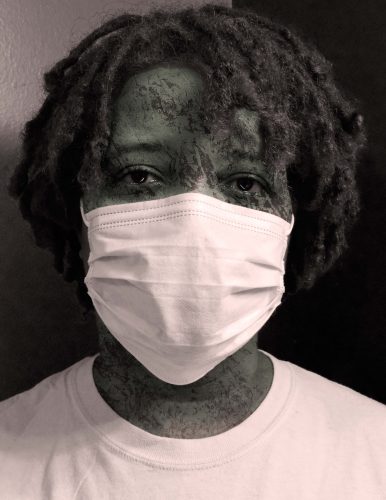 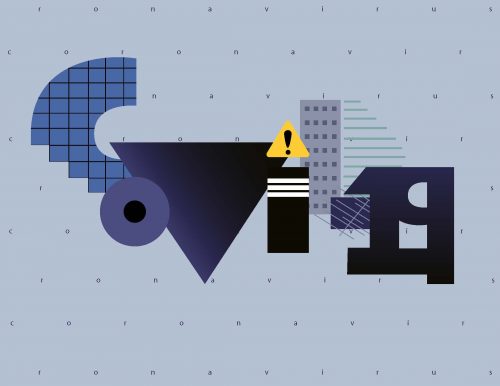 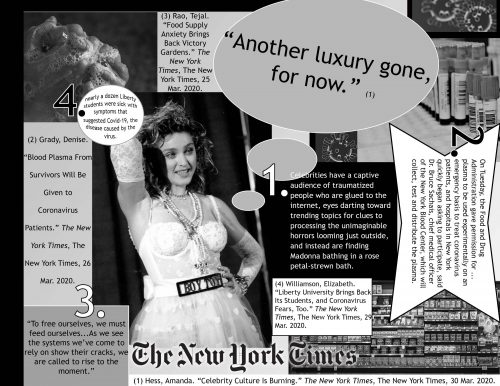 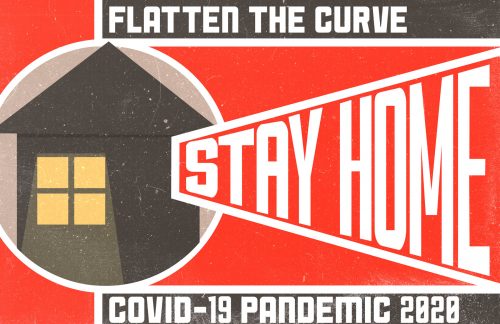 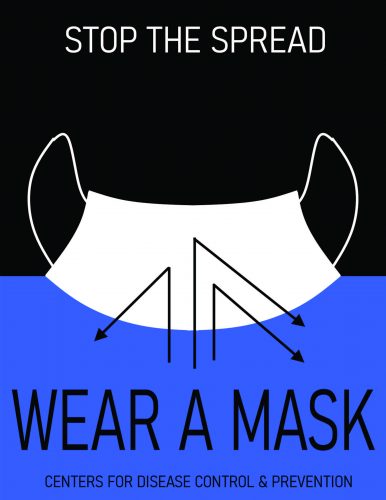 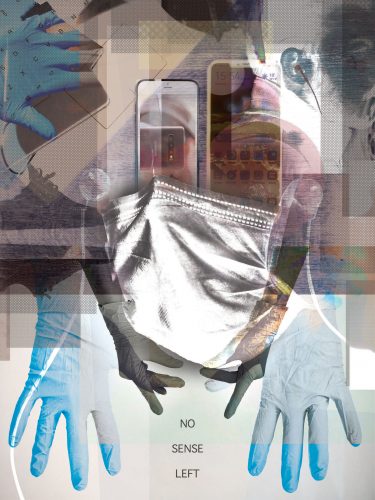 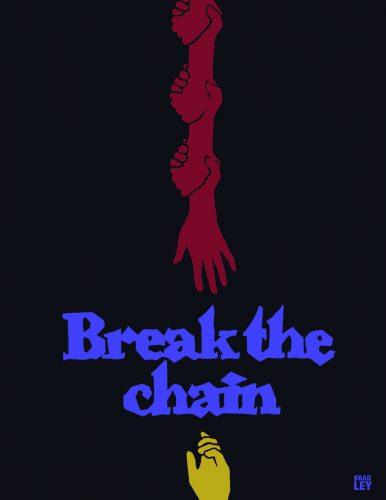 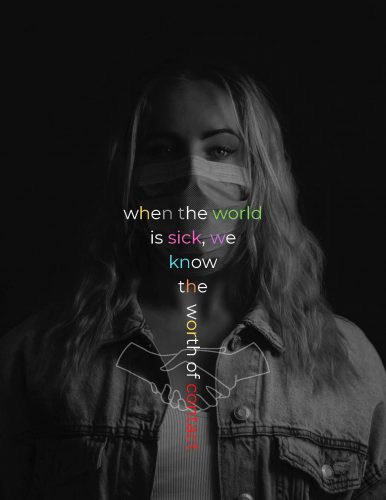 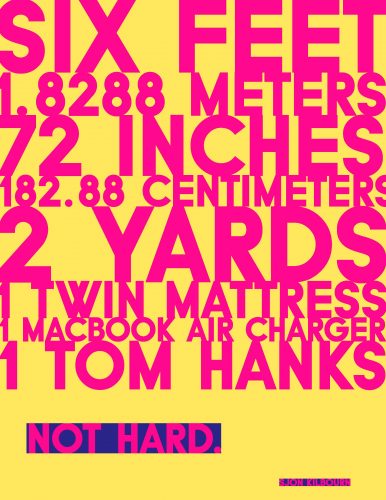 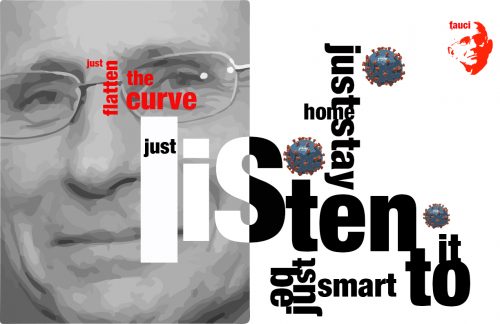 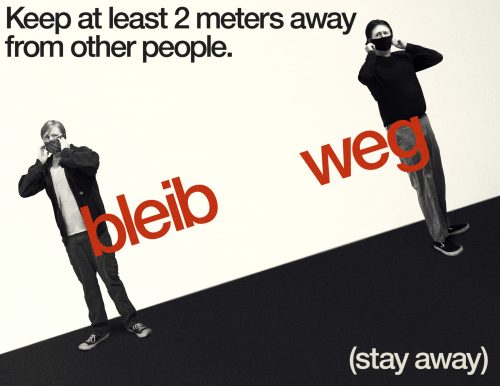 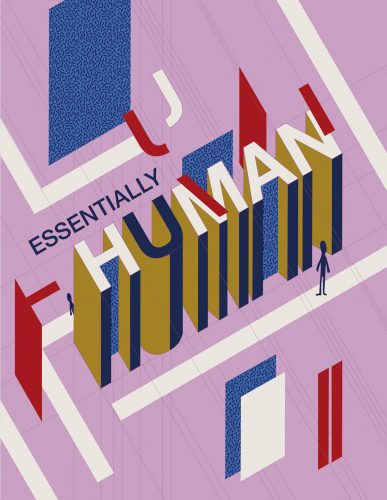 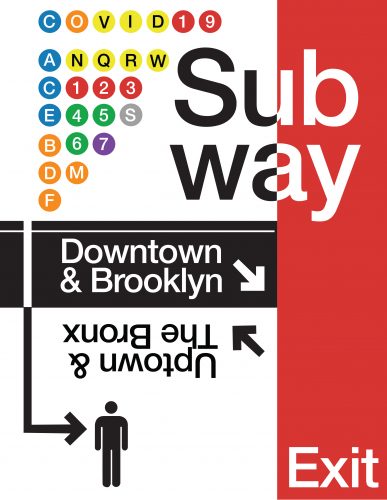 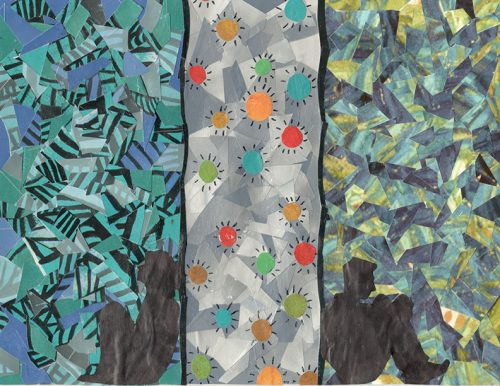 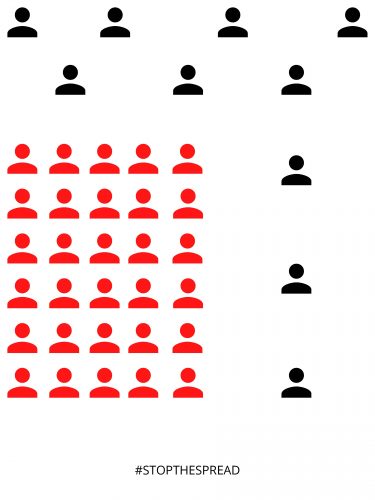 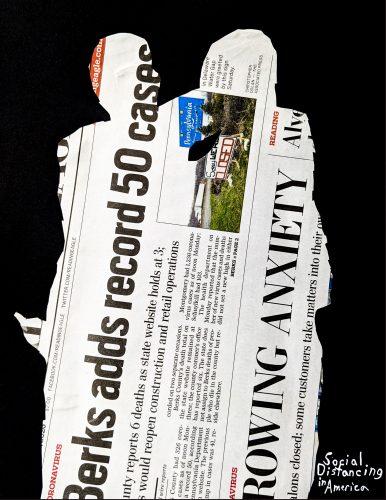 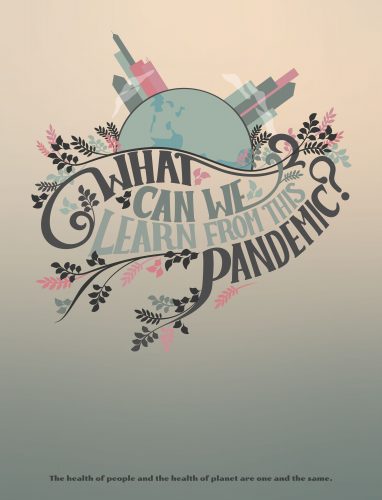 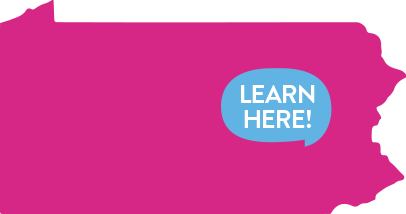